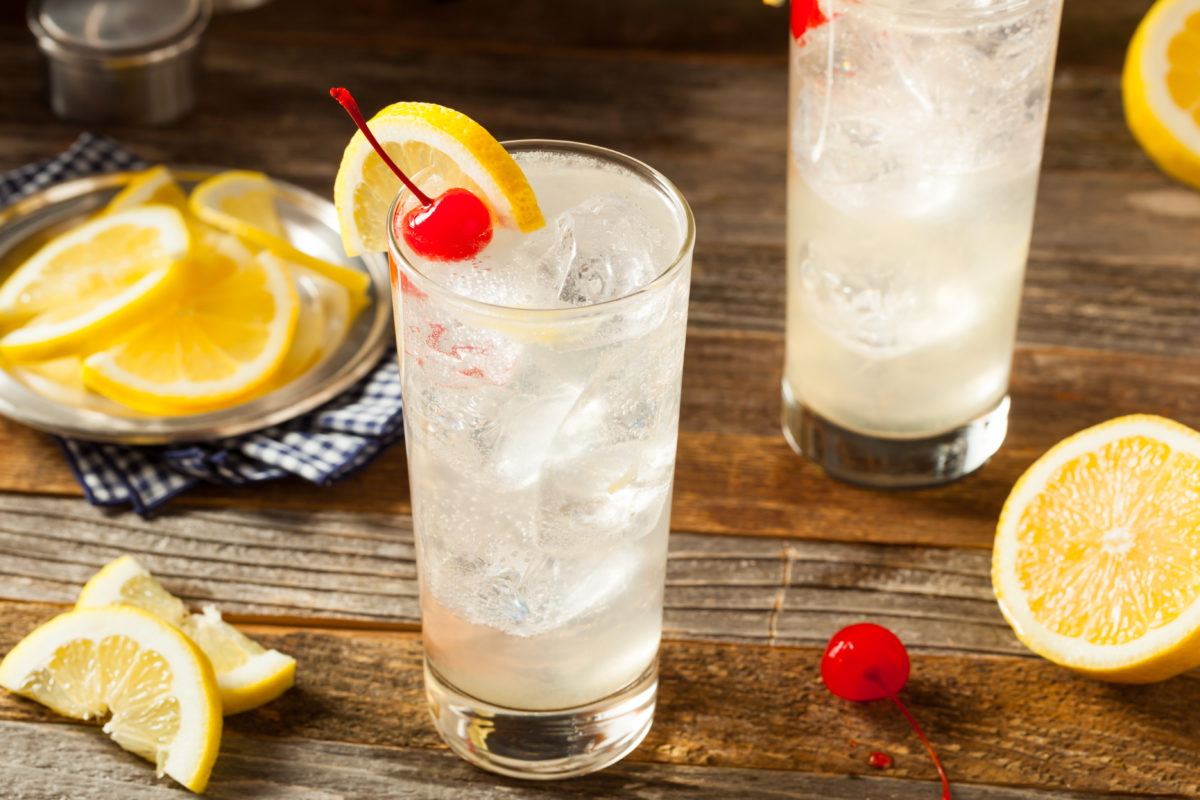 Combine first three ingredients in a Collins glass with ice

Stir and then top with Soda. Add straws and serve

Garnish with an orange slice

Named after a hoax that was doing the rounds of New York in 1874, the Tom Collins has immortalised itself into one of the most iconic gin cocktails around.

The first recorded Tom Collins recipe is from the second edition of Jerry Thomas’ book, “The Bartender’s Guide”, published in 1876, in which the Tom Collins is a class of drink, with the type of alcoholic spirit being used specified after the name Tom Collins (e.g. “-brandy”,”-gin”). It was others, who came after Thomas, “the father of American mixology,” who changed the Tom Collins from its three main variations into a purely gin drink.

The story of the hoax goes something like… Tom Collins was a loud and boisterous man who was known to sit in taverns and talk harshly of nearly everyone he’d met, or in many cases, those he hadn’t. Fortunately for those who fell victim to Collins’ wrath, they had good friends who would immediately find their friend and let them know of all the profanity directed towards them. The victim was then encouraged to find Collins and confront him. However, when the victim went to the tavern where Collins was meant to be, he was nowhere to be found (because Tom Collins did not exist). It was then that those desperately looking for their revenge would ask at the bar for Tom Collins, and instead receive the sour cocktail.

The prank came to be known as The Great Tom Collins Hoax of 1874. It continued to be circulated for months by newspapers who at first reported it in all seriousness.

Two years later, Jerry Thomas included a new drink named after the hoax. By 1878, the Tom Collins was being served in the bar rooms everywhere, establishing itself as an international icon. In 1891, gum syrup, was replaced in the recipe by sugar as well as the use of Old Tom gin, a lightly sweetened gin popular in 18th-century England. The Tom Collins became the cocktail of the hour.

The Tom Collins does remain very similar to that of the Gin Fizz; the same combination of gin, lemon juice and sugar with soda is partnered together to make a refreshing and sweet drink. The Tom Collins usually would have had more lemon than the latter making it more of a gin lemonade than a gin soda. Different types of gin vary in their sweetness; a Gin Fizz usually being made with gin that’s a touch more bitter. Furthermore, Collins were a much more fashionable drink to be serving during the 19th Century than any type of Fizz was, perhaps preventing people from asking for a Gin Fizz with a dash more sugar and lemon.

Shake up well and strain into a large bar-glass. Fill up the glass with plain soda water and drink whilst it’s lively.

The type of gin used by Thomas was not specified in his 1876 book, but in our estimation, is likely to be Dutch genever rather than London Dry Gin since Jerry Thomas’ Gin Fizz (1862) called for Holland gin. Consider that Genever was imported into the United States at a ratio of approximately 6 liters to every 1 litre of English Dry Gin at that time – it makes for a strong case for that to be the likely candidate. To recreate the historic recipe we would recommend using Bols Genever or better still, an aged Oude Genever like Zuidam’s 3yr Genever.