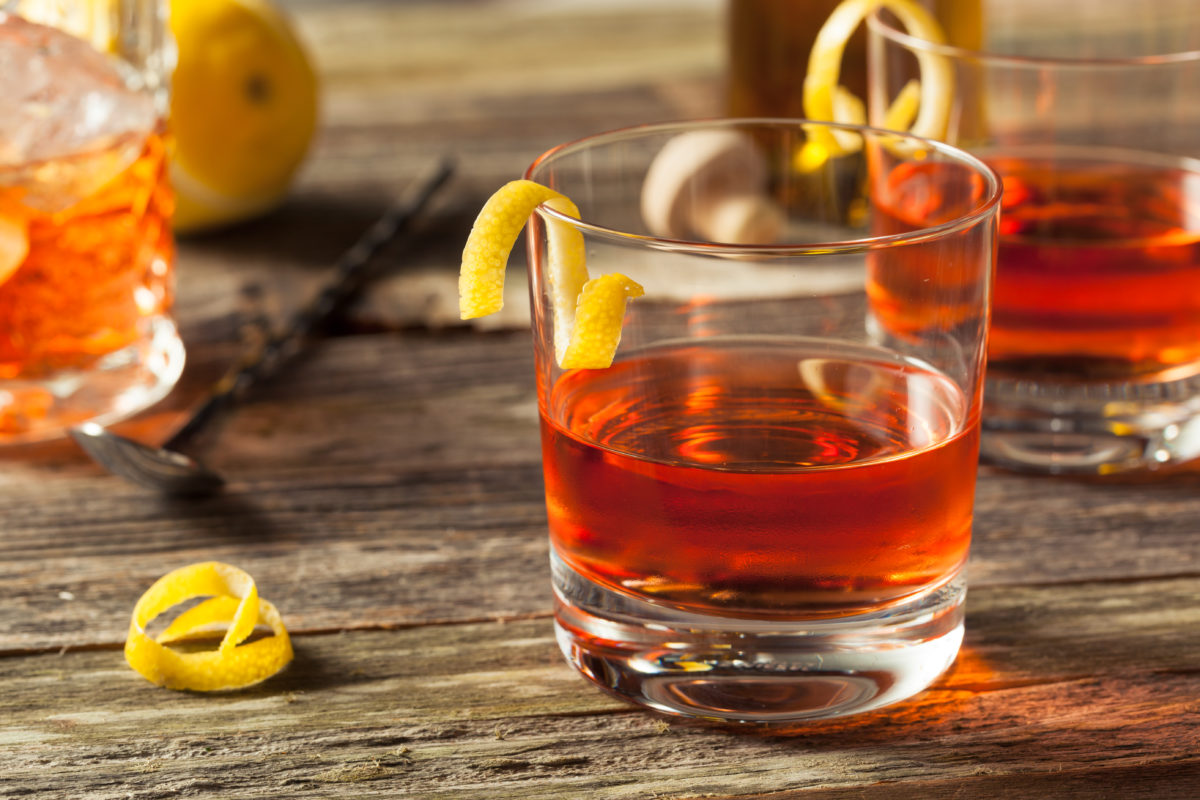 In an old-fashioned glass, add ice and set aside.
In another, combine sugar, bitters, and water.
Muddle until sugar is completely dissolved.
Add rye whiskey, fill with ice, and stir well, about 15 seconds.
From first glass, discard ice, then add Herbsaint.
Holding glass horizontally, turn it so that Herbsaint completely coats the interior.
Discard any excess.
Strain contents of second glass into chilled glass.
Twist lemon peel directly over drink to release essential oils, and serve.

New Orleans has plenty of inventions to brag about — the King Cake, Cafe du Monde, Carl Weathers — but the Sazerac remains, perhaps, its most impressive contribution. Legend has long held that the historic NOLA drink might even be America’s first cocktail, and, while there are some holes in that story, the origins of the Sazerac are fascinating even without that title.

Antoine Amédée Peychaud is the man most associated with those beginnings. Just in case you’re behind on your pharmaceutical history, he ran a drug store in New Orleans in the 1830s and created Peychaud’s Bitters — an ingredient still served in Sazeracs to this day. Peychaud was born in Haiti, but fled to Louisiana as violence erupted between the slaves and French colonists, and he eventually set up his own dispensary. On top of filling prescriptions, he apparently served his customers toddies mixed with his bitters and Sazerac de Forge et Fils cognac. They became so popular that a bar called the Sazerac Coffee House started buying his bitters and pouring a blend of the Sazerac cognac, bitters, sugar, and absinthe as their signature cocktail. Eventually they purchased the rights to the bitters outright, and subbed the cognac for rye whiskey, a swap that probably caused Forge et Fils to say “sacrebleu” and other French words.

Things got complicated for the trendy cocktail when absinthe was banned in 1912, but the Sazerac-hungry public was fine with bartenders splashing anise-flavored liqueur around their glasses in its stead. Despite the government’s shutdown of one of the Sazerac’s key ingredients, it gave the drink the official thumbs up in 2008, when it was deemed the city’s official cocktail by the Louisiana House of Representatives. Now that you know all the gory details on this essential rye drink, mix one up for yourself with this recipe from famed NOLA bartender Chris McMillian. And make sure to toast your pharmacist when you do. You never know what those guys are capable of.

History abridged from ThirstyNest article “The History of the Old-Fashioned”

A Word from the MPI Brandtenders:

Team members at MPI had a few words to say about the famous drink, with two members of our team roots in Louisiana and it’s culture:

“My father is from a small town called Ponchatoula in southeast Louisiana and he is also a pharmacist, so I imagine he enjoys the history of this cocktail a lot. He and my mom are always enjoying this drink, trying it out whenever they see it on menus and have some trust that the venue is equipped to make it with skill. They make it at home as well when they don’t find the process too involved (compared to easier “just pour and stir” type cocktails at least). It has naturally become a favorite for myself as well. However, we all seem to agree that few can make a true Sazerac when compared to bartenders in New Orleans!” – Katy Davies, MPI graphic designer

Co-founder Sal Conino also added, “my dad is from New Orleans and he was the one who first introduced me to Sazeracs.”