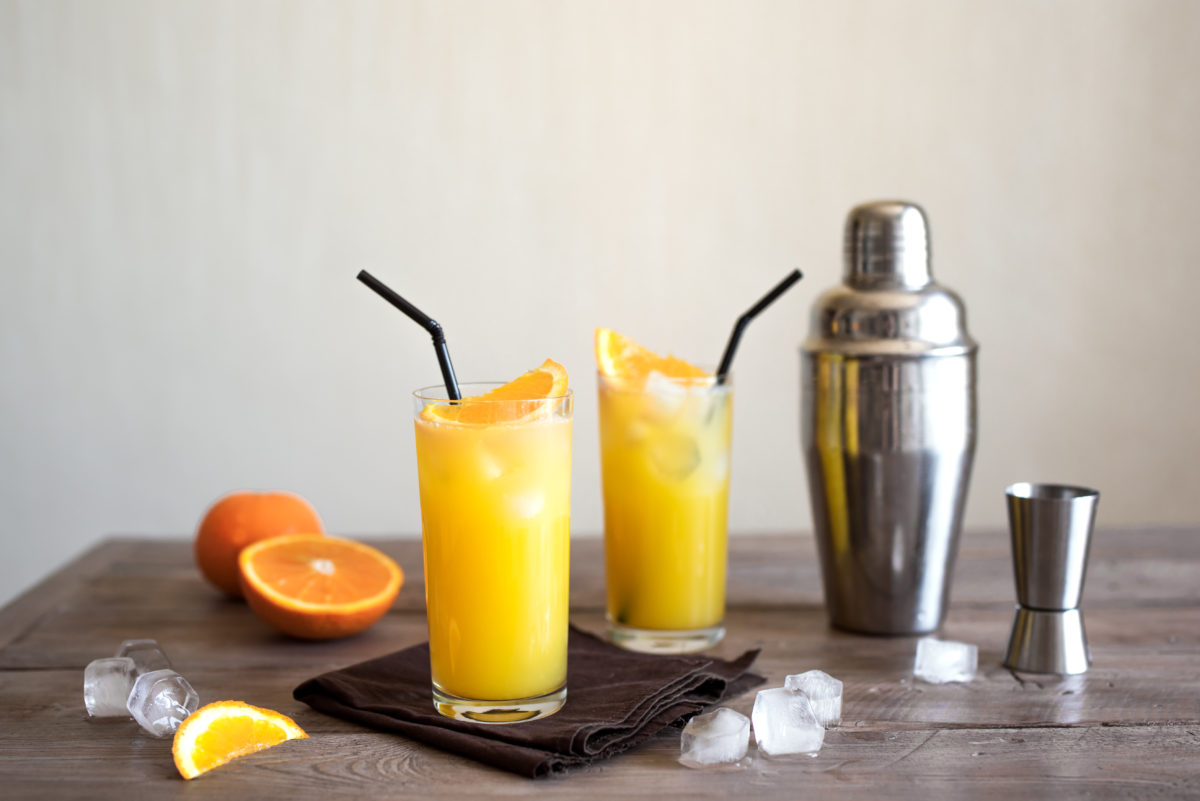 Add the vodka into a highball glass over ice.

Top with the orange juice.

The Screwdriver might be a sneaky, and extremely simple, mixed drink. But it’s history is a bit more complicated. There are a couple origin stories, all of them delightfully plausible and more extreme than most cocktail beginnings. One story attributes the Screwdriver to American marines circa World War II, who would dose their O.J. with vodka—not on a regular basis, presumably, since, well, marines.

There’s also this reference, from a 1949 edition of Time magazine: “In the dimly lighted bar of the sleek Park Hotel, Turkish intelligence agents mingle with American engineers and Balkan refugees, drinking the latest Yankee concoction of vodka and orange juice, called a ‘screwdriver.’”

Not to imply the drink was invented in the States, but by the late 1940s was at least of sufficient note to get mention in Time magazine. And then of course, there’s another story, which refers to American (and/or multi-ethnic) oil workers in the Persian gulf in the mid 20th Century. With long hours and a relatively dangerous job, the oil workers (who we probably have a lot more to thank for) started mixing vodka into their orange juice. Lacking the typical oil rig barspoon (and what an oversight), they had to stir the drink with something. Ready at hand was, you guessed it, a screwdriver.

We’re assuming it wasn’t rusted or coated in oil, but then again, vodka. The name stuck, and (we’re hoping) nobody ever had a workplace injury related to some over-eager Screwdriver stirring.