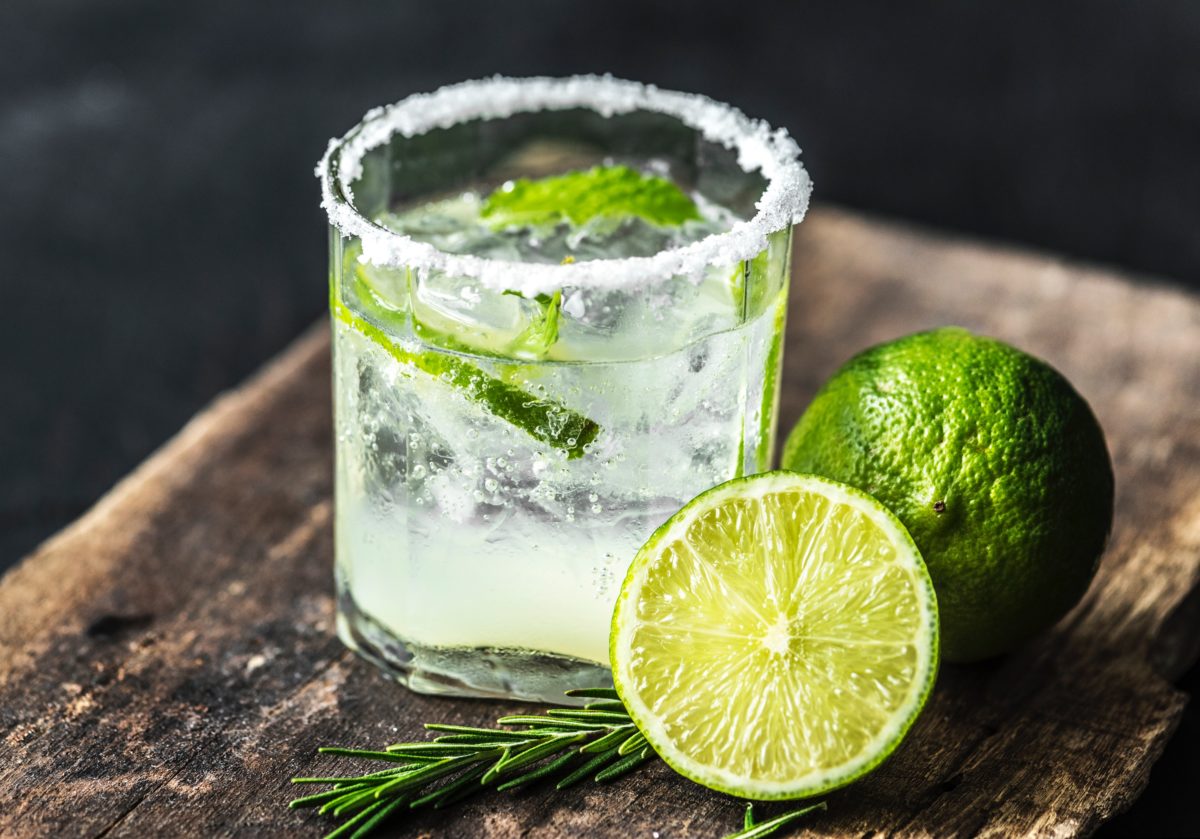 Lightly muddle the mint in a shaker.

Add the rum, simple syrup, lime juice, and ice and give it a brief shake.

Strain into a highball glass.

Top with the club soda and garnish with a mint sprig.

Like many cocktails, the full origins of this refreshing cocktail have been lost in history. From the 1500s, to a 2002 James Bond movie, the Mojito has had an interesting journey from invention to one of the most popular drinks of the new millennium.

As with all cocktail histories, the Mojito’s origin story is often disputed, particularly by “La Bodeguita del medio” in Havana, Cuba. This restaurant-bar claims to be the cocktail’s birthplace, and enjoys the fame associated with Ernest Hemmingway’s praise of their particular version of the drink. It has been claimed that African slaves working in the Cuban sugar cane fields created the drink from “Aguardiente de cana” (literally “firewater of the sugar cane”) – a simple sugar cane alcohol. Certainly the name “Mojito” fits this story, stemming from the word “Mojo”, meaning “to place a little spell”.

But many prefer an even older original story…

In the 1500s, Sir Francis Drake landed in Havana to sack the city of its gold. The invasion was unsuccessful, but luckily for us something good did come of it. His crew were suffering from dysentery and scurvy. Local South American Indians were known to have remedies for many diseases, so a small party went ashore to Cuba and came back with ingredients for a medicine. They used aguarediente de cana, mint leaves, and the juices from sugar cane and limes to put together a tonic which turned out to be effective. We know now that the lime juice was the helpful ingredient, but the others surely made it far more palatable! A cocktail named “El Draque” using very similar ingredients was known to be popular in Cuba after that time, and supposedly named after Drake himself.

It wouldn’t have been called a Mojito in these early days, so it’s possible that the African slaves were not the ones to invent the drink, but the ones to give it its modern name. The spanish word “mojadito” (meaning “a little wet”) and the Cuban lime-based seasoning “mojo” are other possible explanations for the name. However it began, the creation of the Bacardi company in the mid 1800s was most likely the cause of its spread and growth in popularity, and then Ernest Hemmingway’s personal discovery of the drink in Le Bodeguita del medio sealed the deal for it to become one of the most popular modern cocktails. More recently, Bacardi’s advertising campaigns have centered around making Mojitos at home, and the drink featured pominently in a scene from the 2002 James Bond film, Die Another Day, as Jinx and Bond flirt outrageously by the beach.