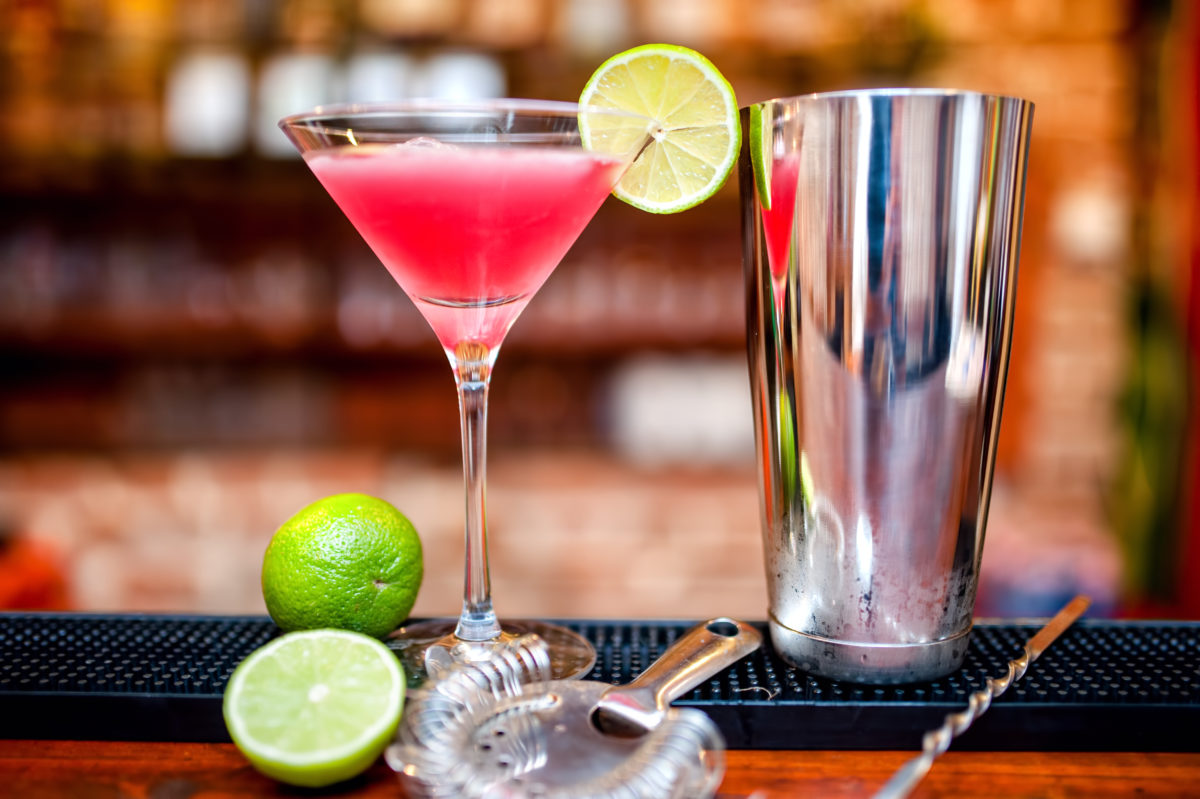 Combine all ingredients into a cocktail shaker.
Shake well and strain into a chilled Martini glass.
Garnish with a flamed orange twist.

This descendent of the classic Daisy (spirit/flavored modifier/citrus) bears a similar resemblance to a cocktail printed in the 1934 book Pioneers of Mixing at Elite Bars1903-1933, which featured a drink made of gin, Cointreau, lemon juice, and raspberry syrup; almost exactly mirroring the flavor and color of the modern incarnation. But raspberry syrup is way more Samantha than Carrie (Sorry. That’s the only Sex in the City joke, just had to get it out of the way.) and it really started to take shape as the modern cocktail in the mid-’80s thanks to the introduction of Absolut Citron.

This citrus-flavored vodka was integral to the Cosmo as it differentiated it from its predecessors, like the Kamikaze or the Harpoon cocktail, made with Ocean Spray Cranberry, vodka, and a splash of lime, served on the rocks or in a Collins glass with soda (a recipe that was listed on the bottle of Ocean Spray in 1968).

Though this drink’s origin is often-disputed, the most recognized creation of the Cosmo is credited to Toby Cecchini, of The Odeon in Manhattan in 1987. According to Kyle Ford, a rep for Cointreau, he was “introduced to the Cosmopolitan by co-worker Melissa Huffsmith. He put a fresh spin on the known South Beach and San Francisco versions [that used Rose’s Lime Cordial].” His mix used Absolut Citron, Cointreau, cranberry juice, and fresh lime juice. And the modern day Cosmo was born.

But, of course, it wasn’t until the airing of Sex in the City that the Cosmopolitan really launched into pop culture icon status. In the late ’90s and early aughts, it topped the lists of bars across the country and became synonymous with working women, the budding cocktail revolution, and men ordering cocktails in rocks glasses because they didn’t want to seem too girly.